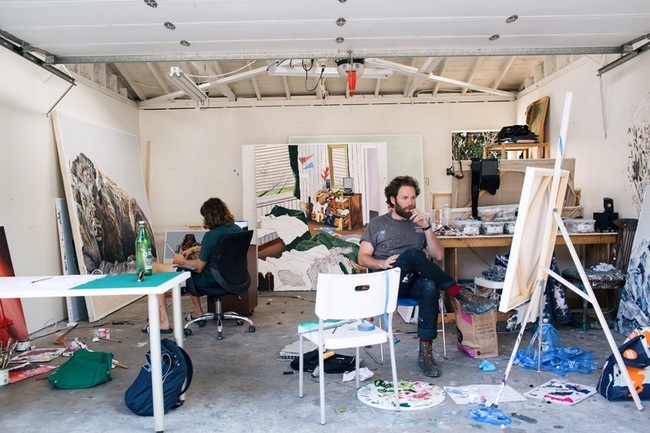 Found this gem on the design process written by dev and designer Daniel Zarick:

What if nothing is ever created, only discovered? Could it be true that creativity isn’t actually an ability a person possesses, but instead a description of the process we undergo to discover what already exists and has yet to be exposed to the world? The same way that a archaeologist discovers artifacts, a musician or artist or designer discovers their creation and then displays it to the world. […]

My goal going forward is to get better at creating these moments for discovery. That means working consistently (most days) for at least a few hours, forcing real ideas onto paper in some form. I’m allowing myself to take detours and to be surprised by unexpected ideas or solutions. I’m also trying to be more comfortable with not forcing a solution. This means having constraints for time and rules for what I...

Conflict only fuels your creativity. 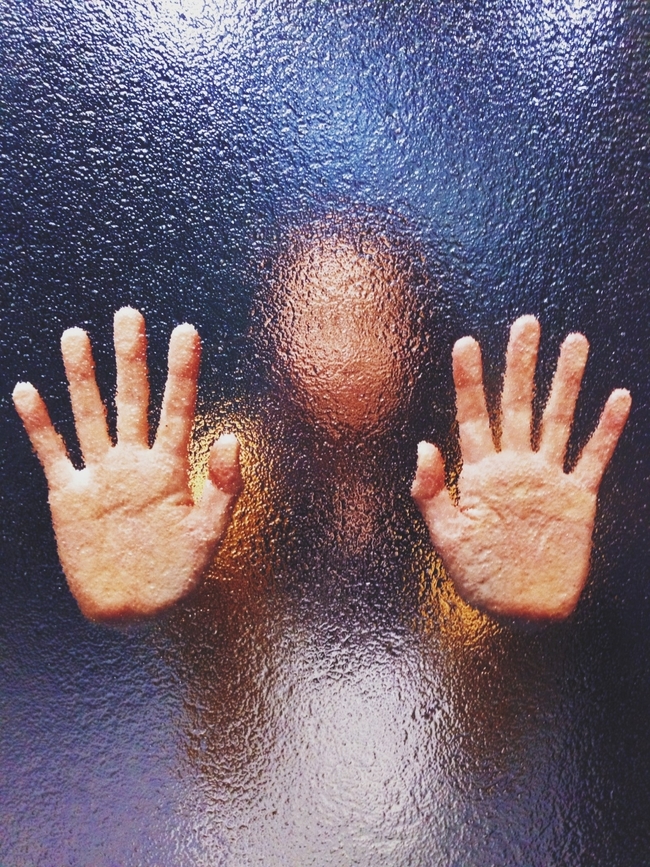 Scott Belsky, founder and former CEO of Behance (acquired by Adobe), now a general partner at Benchmark Capital wrote a piece titled “Creativity is Nourished by Conflict” that really spoke to me.

Maybe that’s because I’m going through a stage in my life where there’s a lot of inherent conflict. I’ve been through this phase before multiple times and while it’s daunting in the moment, times of conflict have channeled in me some of my best and most rewarding work because I was able to dig deep and truly reflect on what’s important to me and how I’ll get to where I hope to go.

I have no clue what the future holds, but the only thing I have at my control is how I perceive what is happening to me the best way I can, work my ass off on products that I truly love and believe in, and invest in the things that hopefully will create more value for myself, in one way or another, in the long...

One hell of a crisis letter from David Sacks to Zenefits employees.

Parker Conrad, founder and CEO of Zenefits, one of the fastest growing business software startups, resigned today after BuzzFeed reported that more than 80% of their deals in Washington State were done by unlicensed insurance brokers.

Chief operating officer David Sacks, former PayPal executive and founder of Yammer (which sold to Microsoft for $1.2 billion), is stepping up as its chief executive.

Below is his email to all employees following the news, and quite frankly one of the best emails I’ve read. Working for startups is hard, facing the uphill battles in the midst of crisis is even harder. If successful companies have multiple founding moments, this is as good as a Day 1 message will get:

By now all of you have heard the news that Parker has resigned as CEO. I know that this will come as a shock. Parker...

Virtual and Augmented Reality: The Next Age of Computing?

Tim Bradshaw via the Financial Times:

Despite the potential competition, Magic Leap (the augmented reality startup already valued at $4.5 billion with massive investments from Google, Warner Bros and Alibaba, among others) likes to use Apple as a yardstick.

“We think of this as the birth of a new medium, like Apple computers in the late 1970s and early 80s,” Rony Abovitz, who founded Magic Leap in 2011, told the FT this week. “We are really opening up the surface area of human experience with computing. A text feed is not my normal interaction with the world. The computer needs to bend itself to you.”

This is very ambitious but extremely exciting, potentially opening new paradigms for computing and experiencing the world around us. Here’s the latest demo from Magic Leap:

This part of the article intrigued me further: 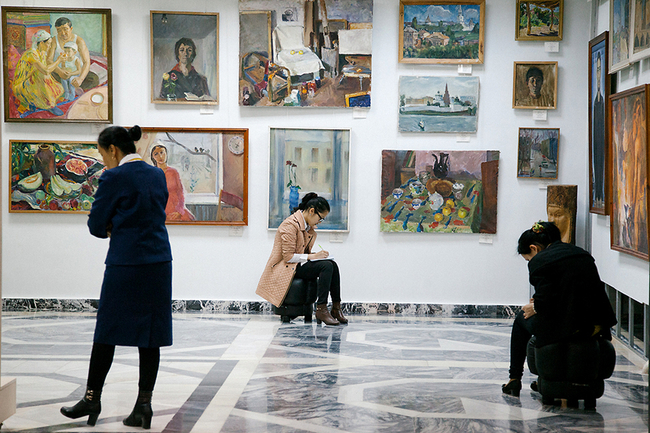 Dan Fox, author of Pretentiousness: Why It Matters, writing for the Financial Times:

Pretension can never be fully absolved of its associations with snobbery, but whereas the snob is obsessed by what other people are thinking of them, the pretentious person might be acting out of innocence. A person’s interests or creative efforts might look ridiculous to others, but in many instances they come from a place of sincerity, marking a genuine interest in some aspect of their life or the world around them. A pretentious person may simply be an amateur, having a go out of enthusiasm. It doesn’t necessarily mean they’re good at what they do, but it marks the willingness to try, and across the arts, that willingness to make an effort and possibly fail is vital to creative progress. The person who embarks on an artistic project with the knowledge that it will succeed, knowing precisely what it... 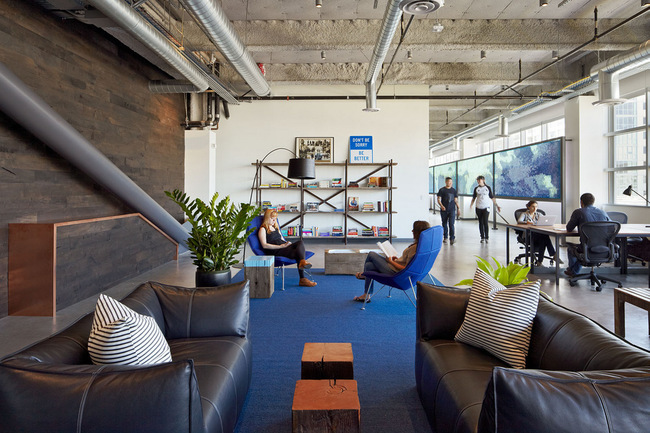 “Sentiment about companies goes in cycles,” Drew Houston, Dropbox’s co-founder and chief executive, told me in an email. “Google, Apple, Facebook all went through multiple rounds of this. First, you can do no wrong, then you can do no right. Then people are like, ‘Actually this is a pretty good company,’ and around it goes.”

I’ve written about Dropbox before in “As The Cost of Cloud Storage Approaches Zero, How Will Dropbox Compete?”:

What Dropbox hopes, is that this dependence will continue to rise and people will amass loads of valuable data to the point that they’d want to use one service to take care of it all, and that they will choose Dropbox because they provide the best cross-platform experience, with simplicity and design tailored to consumers, and it’s already in the apps they use for everyday utility.

If this is the case, Dropbox...

The many joyous layers in Milhazes’ collages, prints, paintings, and sculptures obscure a terror familiar to anyone in the creative field: that of the blank page.

The key to working through it, said the artist, is just that: keep working.

“Sometimes I find myself as a scientist,” said Milhazes, “introducing some new elements, new possibilities, and from this point creating kind of chain reaction … until one point that you see a completely different kind of composition.”

The blank canvas can definitely be anxiety-enducing at times. Not because you can’t do it (whatever it is you’re trying to do—write, draw...

Sheryl Sandberg’s advice to her younger self

The renowed COO of Facebook was asked, “What would Sheryl Sandberg tell her younger self when starting out?” on Quora. Her response:

Find work you love. When you believe in what you are doing, you can combine passion with contribution – and that is a true gift. Keep trying and you will find what you love to do… and once you do, you will crush it.

Believe you can do anything. This is important for everyone and especially for women. Don’t let anyone tell you can’t have both a meaningful professional career and a fulfilling personal life. When you hear someone say you can’t do something, know that you can and start figuring out how. Ask yourself, “What would I do if I weren’t afraid?”

There is no straight path to where you are going. If you try to draw that line you will not just get it wrong, but you will miss big opportunities. As Pattie Sellers of Fortune Magazine says, careers are...

The new GV rebrand got me reading past articles from their Library. I revisited “Why good storytelling helps you design great products” written by design partner Braden Kowitz.

He argues that designs shouldn’t be presented as blueprints, which focus immediately on how an interface might look, but rather should focus on the how the product works and how a user interacts with it from start to finish.

One could argue this is easier to do today with tools like Sketch that uses multiple artboards to show a flow and with the advent of prototyping tools that better present how a user might go through a product’s flow.

However, he points out that an extra layer of granularity during the low-fidelity process is beneficial. And only once it crafts the story of how a user interacts with the product can they focus on the details of each screen:

Took some excerpts from one of my favorite essays on design, “Learning to See” by the international design agency Information Architects:

Learning to design is, first of all, learning to see. Designers see more, and more precisely. This is a blessing and a curse—once we have learned to see design, both good and bad, we cannot un-see. The downside is that the more you learn to see, the more you lose your “common” eye, the eye you design for….

This is why excellent designers do not just develop a sharper eye. They try to keep their ability to see things as a customer would. You need a design eye to design, and a non-designer eye to feel what you designed.

However, as much as seeing mistakes is always easier than doing things right, you will always see more with practical experience than from passive observation. There is no better training...