On The Subject of Happiness and Writing 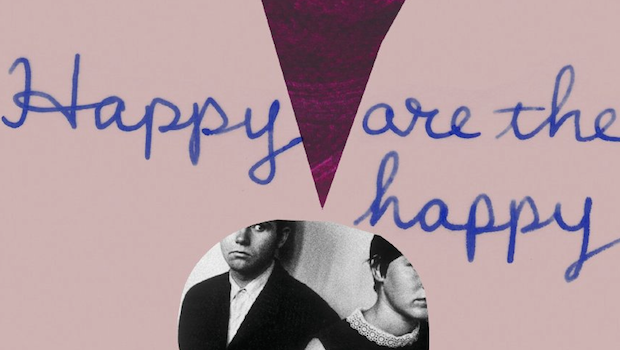 Yasmina Reza, French playwright and author of the new novel Happy are the Happy, spoke about her book recently on The Atlantic series “By Heart,” in which authors discuss their favorite passages in literature.

The title of her new book was inspired by the last line of a Jorge Luis Borges poem “Fragments of an Apocryphal Gospel” which ends with:

Happy are the happy.

Her extraction of the passage is that happiness is not something achievable in the way most people think it is: it is not influenced by external forces, but rather it is “a disposition that you have inside of you.” And this notion, that happiness is not circumstantial but instead a being of the soul, can be applied to writing: mysterious, unconscious, and driven by moments encapsulated in time. She says (emphasis mine):

I think that writing fiction is not an intellectual process. It’s as mysterious as painting, as drawing a brush across the canvas to see what happens. I suppose art is to distort the world and restructure the world. But why do we do that? Why do people write and paint? Why is life not enough? It’s a true mystery. We don’t know.

She is hitting on something very profound here. That somehow there is this invisible force, almost a calling, associated with art—an itch that artists and writers soothe through the process of creation, of bringing something into the world, manifested through their skill and talent, as a result of their thoughts, questions, and experiences. She continues:

And we can never know. I don’t know what I’m writing about when I write. I’m sure no one knows what they write. The meta-discourse that every writer is obliged to provide—to the press, or to whoever asks—is bullshit. It’s artificial. It’s something imposed upon the process later.

She exposes a deep enigma in the art of writing—that writers have this innate desire to put something on paper, and yet, they aren’t even entirely sure what they are writing about. That all they have is this initial feeling, and it’s what guides the process of creation: one of discovery, certainly a journey, to a place quite unknown from the start.

I know this feeling all too well. When I read this piece, something gave me this impression that I should expand on it, that I should follow my curiosity and just see where it goes. And that’s the beauty of writing: it’s not about having the answers beforehand. It’s a process of unpacking something within you, sometimes questions you have and questions you didn’t even know you have, hoping to arrive at some level of understanding better than where you were before.

And even as writers go through this process, even as they toil with their own hard work, ultimately, it doesn’t belong to them. Why? Because it’s a gift. Art is only art if it reaches and affects someone else. How people make sense of it or how it makes them feel is outside of our control. We can try our best to express what we seek to communicate, but at the end of the day, it is not a discourse we have the pleasure to participate in. It is a contribution, and people can and will make of it what they want:

An artist can’t speak about the art. A work exists in a temporary state—the minute it is produced, it falls away from us and becomes distant. We write in a specific moment, and the production is between us and the paper. The next day, it is no longer ours. It’s gone.

She gives an example from experience:

I have material proof of this. After my first plays were published, a few years later another publisher asked to republish the books. It was a much better publisher, and the books would be more beautiful. And since I knew there were things I wished I could change about the previous plays, I was glad—I would have a chance to fix what I considered to be mistakes. Very quickly, I realized this was impossible. The person who wrote the books was no longer the same. If I changed anything, I would have to rewrite the entire work.

And this is the grand takeaway, at least for me. What we put into the world, as artists, as workers, whatever it is that we do, belongs to that moment in time. We can try to change it, we can be ashamed of it, but it doesn’t deny that our works are creations manifested by the era it was in, who we were back then, and what our aspirations and values were once upon that time. We shouldn’t be scared that these things will change, as they are always bound to change because we are always bound to change. We shouldn’t seek for consistency in everything because our ideals, our perspective of the world, and our place in the universe—at least what we believe it to be—is malleable and largely influenced by the current zeitgeist, our experiences, and the people we encounter. And this will continue to happen as long as we are alive.

We are very much products of our environment, but who we are and who we become is not just based on what is happening around us, but is exerted through the force we apply in the reality we live in. We are unique based on how we react to the obstacles we face and the things we go through, assisted by the collective consciousness that is our being. This is what makes each of us individuals. This is what makes us special. This mysterious and unconscious flow that exists in our lives, just like happiness and writing, may just be what makes us human after all.

Writing as a Design Skill.

John Zeratsky, partner at Google Ventures, shared his “5 Principles for Great Interface Copywriting” and I thought it was invaluable and touches on an element of design that is severely overlooked: writing. This couldn’t have come out at... Continue →