How To Do First-Class Work 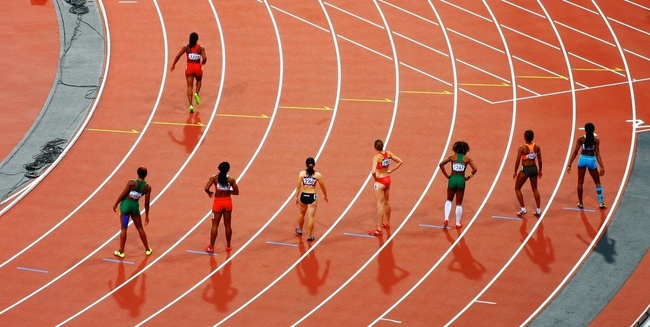 One of the best and most comprehensive talks I’ve ever read is Richard Hamming’s 1986 speech entitled “You and Your Research”. It’s largely a thesis on how to do outstanding work regardless of industry.

I highly suggest reading the entire talk for better context. But here are some of the best gems I got from it:

On aspiring to do significant things:

Our society frowns on people who set out to do really good work. [As if] You’re not supposed to; luck is supposed to descend on you and you do great things by chance. Well, that’s kind of a dumb thing to say. I say, why shouldn’t you do something significant?

Once you have your courage up and believe that you can do important problems, then you can. If you think you can’t, almost surely you’re not going to.

You have to neglect things if you intend to get what you want done. There’s no question about this.

The misapplication of effort is a very serious matter. Just hard work is not enough—it must be applied sensibly.

If you believe too much you’ll never notice the flaws; if you doubt too much you won’t get started. It requires a lovely balance.

Great contributions are rarely done by adding another decimal place. It comes down to an emotional commitment. Most great scientists are completely committed to their problem. Those who don’t become committed seldom produce outstanding, first-class work.

On focus and the subconscious:

If you are deeply immersed and committed to a topic, day after day after day, your subconscious has nothing to do but work on your problem. And so you wake up one morning, or on some afternoon, and there’s the answer. For those who don’t get committed to their current problem, the subconscious goofs off on other things and doesn’t produce the big result. So the way to manage yourself is that when you have a real important problem you don’t let anything else get the center of your attention—you keep your thoughts on the problem.

You can’t always know exactly where to be, but you can keep active in places where something might happen. And even if you believe that great science is a matter of luck, you can stand on a mountain top where lightning strikes; you don’t have to hide in the valley where you’re safe. But the average scientist does routine safe work almost all the time and so he (or she) doesn’t produce much. It’s that simple. If you want to do great work, you clearly must work on important problems, and you should have an idea.

The great scientists, when an opportunity opens up, get after it and they pursue it. They drop all other things. They get rid of other things and they get after an idea because they had already thought the thing through. Their minds are prepared; they see the opportunity and they go after it. Now of course lots of times it doesn’t work out, but you don’t have to hit many of them to do some great science.

‘Selling’ to a scientist is an awkward thing to do. It’s very ugly; you shouldn’t have to do it. The world is supposed to be waiting, and when you do something great, they should rush out and welcome it. But the fact is everyone is busy with their own work. You must present it so well that they will set aside what they are doing, look at what you’ve done, read it, and come back and say, Yes, that was good.”

On the value of struggle:

I think it is very definitely worth the struggle to try and do first-class work because the truth is, the value is in the struggle more than it is in the result. The struggle to make something of yourself seems to be worthwhile in itself. The success and fame are sort of dividends, in my opinion.

On why people with great talent fail:

They don’t have the deep commitment that is apparently necessary for really first-class work. They turn out lots of good work, but we were talking, remember, about first-class work. There is a difference. Good people, very talented people, almost always turn out good work. [But] We’re talking about the outstanding work, the type of work that gets the Nobel Prize and gets recognition.

In one of the better founder interviews I’ve read recently, Farhad Manjoo of the New York Times asks Stewart Butterfield, “Is Slack Really Worth $2.8 Billion?” Butterfield is the humorous and personable chief executive of Slack, a modern... Continue →