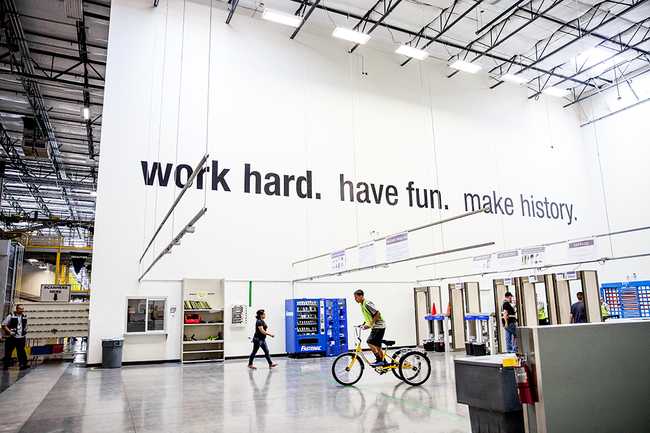 Ben Thompson wrote a wonderful analysis titled “Apple’s Organizational Crossroads” that gets to the core of organizational structures and how they influence the quality of products they make. In this case, his example is Apple and their seemingly subpar performance in service categories, at least thus far..

His argument is that if Apple wants to become more of a services company, they can’t use their current organizational structure as a device company to support this layer because their needs and functions are vastly different. For example, in hardware, things can only be done once before its shipped. In software, things have to constantly be worked on, sometimes even multiple times a day to consistently make something better over and over again. While Apple is the best in the world at this sort of iteration on a hardware level, it’s quite different in the world of software-as-as-service.

If they keep the same structure that they’ve used on their device side towards the services side, their promise of superior user experience suffers, which is already the case with a lot of their digital products, namely Siri, iCloud, Apple Music, and the App Store among others. And the problem is, while they are far and away the leader of the most profitable and most important layer—the smartphone—having subpar products on a service level muddles their promise of a completely seamless ecosystem. And their challenge is to either go all in on services, which would require an organizational change, or don’t go into it at all. But as iPhone sales mature and becomes saturated in the market, their move into services becomes a play—but it will only work if change happens internally that allows for great service products to be made.

He got to a central point that from what it seems, a lot of people miss in organizations big and small (emphasis mine):

My takeaway from this paragraph is that, at the end of the day, it is not intent that matters most; culture does. Everyone would like to make great products according to their constraints, but it’s the culture that dictates how things get made. Culture isn’t just a company’s values or rules plastered on the wall; it’s how people do things inside the company, how they work together, and the conditions that allow people to operate in a particular way. And this culture, is inevitably reflected in the product that is shipped. And though Apple is the undisputed king in terms of shipping top of the line hardware because of their supply chain capabilities and distribution mechanisms built over the past two decades, the game is different in the software side, and they can’t operate in the same release schedule when their software gets updated when new operating systems come out. It just doesn’t work that way in service products.

Apple is the current example here but this applies for most organizations: You can want to create great products and have the most talented individual contributors and managers and executives, but until the organizational structure reflects a culture where great products can be produced in the manner that they should, they will not come to life. Even if they have a chance, their long-term existence becomes dampened.

If there’s too much focus on the bureaucracy, ego, credit, and holding on to “how things were” and other factors that hurt collaboration and creativity within an organization, nothing truly great will come out on the other end. And even if most things are aligned but the structure of the company doesn’t foster the conditions for the products they’re making to reach their maximum potential, the products will still end up hurting.

Point being, you have to adjust your process, accountability, speed, resources, and focus, depending on what it is you’re trying to make. What organizations produce is a reflection of their very structure: the things that matter inside the company is exactly what’s going to come out in the products that people use.

As a counterpoint to Apple’s current dilemma, one of the more recent and prominent examples where organizational structure and output are extremely aligned is Amazon. Jeff Bezos, in his most recent letter to shareholders emphasized strongly on how Amazon’s culture, which is hellbent on experimentation, is their main competitive advantage:

A word about corporate cultures: for better or for worse, they are enduring, stable, hard to change. They can be a source of advantage or disadvantage. You can write down your corporate culture, but when you do so, you’re discovering it, uncovering it – not creating it. It is created slowly over time by the people and by events – by the stories of past success and failure that become a deep part of the company lore. If it’s a distinctive culture, it will fit certain people like a custom-made glove. The reason cultures are so stable in time is because people self-select. Someone energized by competitive zeal may select and be happy in one culture, while someone who loves to pioneer and invent may choose another. The world, thankfully, is full of many high-performing, highly distinctive corporate cultures. We never claim that our approach is the right one – just that it’s ours – and over the last two decades, we’ve collected a large group of like-minded people. Folks who find our approach energizing and meaningful.

One area where I think we are especially distinctive is failure. I believe we are the best place in the world to fail (we have plenty of practice!), and failure and invention are inseparable twins. To invent you have to experiment, and if you know in advance that it’s going to work, it’s not an experiment. Most large organizations embrace the idea of invention, but are not willing to suffer the string of failed experiments necessary to get there. Outsized returns often come from betting against conventional wisdom, and conventional wisdom is usually right. Given a ten percent chance of a 100 times payoff, you should take that bet every time. But you’re still going to be wrong nine times out of ten. We all know that if you swing for the fences, you’re going to strike out a lot, but you’re also going to hit some home runs. The difference between baseball and business, however, is that baseball has a truncated outcome distribution. When you swing, no matter how well you connect with the ball, the most runs you can get is four. In business, every once in a while, when you step up to the plate, you can score 1,000 runs. This long-tailed distribution of returns is why it’s important to be bold. Big winners pay for so many experiments.

If you want to be in a position to create great products, find an organization that fosters such a culture, or be the linchpin within an organization that will propel such a culture. Or better yet, be a multiplier of the culture that you want to create. Organizational structure will always dictate how things will be produced—this is the invisible hand that works inside companies, but as individual contributors, we can either deter, reflect, or multiple that culture.

After all, an organization is a design problem in itself—extremely challenging because people are complex, but very fulfilling if actually shifted to new heights.

Final Note: Some might argue that Amazon churns out a lot of products that aren’t necessarily “great” like the Fire Phone for example. However, as Jeff Bezos said, this is precisely what happens in a company that strongly prioritizes consistent experimentation. They’re not always going to get it right, but when they do, they become promising products (Amazon Video, Amazon Dash, Alexa, etc.) that have the potential to be massive multi-billion dollar businesses (Amazon Marketplace, Amazon Web Services, and Amazon Prime). These things do not come from a vacuum; rather, Amazon’s distinct culture created conditions for such things to exist, and eventually, succeed.

Tom Tunguz, venture capitalist for Redpoint and one of the more informative writers on SaaS businesses, shared this post “The Importance Of Mindfulness When Managing A Startup” on his blog: Crisis in startups is inevitable. Products... Continue →