What Kobe Has Taught Me: Greatness is Achieved Through The Simple Things 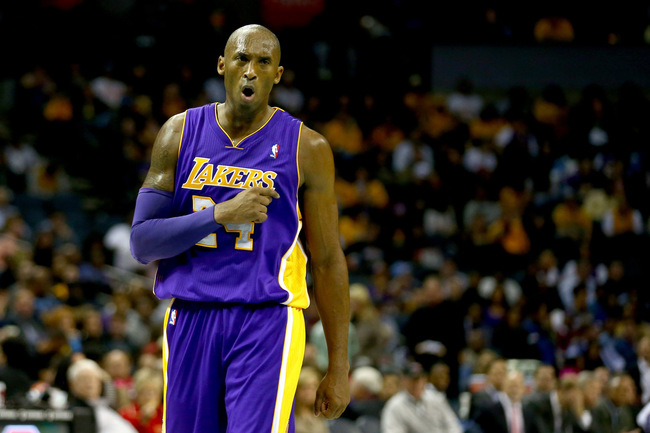 Kobe Bryant is now entering the final 10 games of his storied career. Twenty years in professional basketball coming to a close.

Being one of the most prolific athletes of all-time known for his relentlessness and work ethic on and off the court, it’s not a big surprise he has amassed tons of wisdom when it comes to the game. And as most things, it’s not just about the game itself, but the approach to any craft in general. One recent interview perfectly encapsulates his perspective on what it takes to be really good at whatever it is you do:

When he was asked if he was surprised by second-year player Julius Randle’s first career triple-double: #

It’s just a matter of him getting a feel for the NBA game, and where he sees actions take place before they even take place. That just comes from experience and studying.

When he was asked regarding rookie D'Angelo Russell’s basketball IQ: #

There’s really no such thing as basketball IQ. It’s not an innate thing. It comes from watching the game over and over, and thinking about the game with a certain amount of curiosity. That’s where I think the IQ comes from.

I find his response to both questions regarding the young players in his team fascinating. He’s among one the most celebrated athletes of the last generation (and of course, not without controversy and vitriol from fans in those two decades), but to him, becoming better has less to do with natural abilities and more about educating yourself and piling up your experience. It’s about adding these two and doing it all over again day in and day out. This is what he’s done for twenty years, and continues to do until his very last one.

When asked about how he deals with injuries: #

It’s experience. Once you realize you can play with it and it’s not as bad as you thought it’s going to be, it’s fine. But the key is pushing your body through it. Once you go through it, then you know. But if you never push through it, you have no idea. You’re just always intimidated by it.

Here, he makes the case that only by pushing through something is how you reduce the fear. You can become comfortable with uncomfortable situations, including those that include harder obstacles, whether it be pain, pressure, or anything else, the more experience you have with it. This mentality can be applied to virtually everything we’re afraid of—something is only scary when you don’t really know what you’re dealing with. But by tackling it head on, it becomes less intimidating. The fear gets blunted because it’s just another thing you’re already familiar with.

When asked on whether shooting airballs in the playoffs as a rookie played a large role in his development: #

It’s probably more lore. My reaction to that was a pretty basic one, which was: I need to change my training regimen. I need to get stronger. My shot felt great. I didn’t have the legs to reach the basket. You come from a high school season when I played like 35 games to playing that in two months (in the NBA). So that was one change I made: the program. Then I came back the next season. I was much stronger; legs were stronger. Second half in ’98, I still tailed off. I was like, ‘OK, now I have to readjust again.’ So for me, it was big just because I had to learn how to build an NBA body. For everybody else, it was more the overcoming of failure. That’s tough as an 18-year-old; you fail like that in front of millions of people. Now it’s like, ‘Damn, that is a big deal.’

In hindsight, we can certainly marvel over the adversity that athletes go through in their career. It makes for great documentaries. But when he shot three air balls in a row during his rookie year with his team’s season on the balance, he looked at it not from an emotional perspective, but from a logical one: he needed his legs to get stronger. That was it. And that echoes his response with every flaw he found in his game: to him it just meant he needed adjustment. And you can do that by studying and training.

Kobe is my favorite athlete of all-time not just because I’m a die-hard Laker fan and not just because he won five championships. More than anything, it’s his mentality which is: Take away everything else and go back to first principles. Need to see the game better as it happens? Study film. Need to play with injury? Find ways to be comfortable with it without making it worse. Shots were short from the three-point line? Work out your legs. It’s finding the root of the problem, and figuring out how to fix it. There’s really not much to it. Everything else is extra.

And perhaps what’s even more admirable is what he’ll be doing after his last game on April 13th:

The biggest challenge for me is waking up the next morning and working out, because if I don’t start immediately it’s a slippery slope.

Intensity and the regimen might change, sure. But aside from that, nothing different from what he’s always done: work out.

If there’s one thing that I’ve taken away from watching him for twenty years, it’s this: don’t overthink things. Find what you need to improve, study it with curiosity and enthusiasm, and work hard on being good at it. Only you can give yourself the education and experience you need. It’s about learning and applying what you learned, and doing it all over again. And the more you interact with something, the less intimidating it seems and the more proficient you become with it.

Whether it’s basketball or something else, the same principles apply. What most people think as natural ability is just good old fashioned hard work on a consistent basis that here and there, may lead to moments of greatness.

From Nothing to a Working Autonomous Vehicle in 3.5 Months

Today, GM acquires self-driving startup Cruise Automation for a rumored more than $1 billion. Dan Primack via Fortune: Cruise Automation had raised over $18 million in venture capital funding, most recently at a post-money valuation of... Continue →