From Nothing to a Working Autonomous Vehicle in 3.5 Months 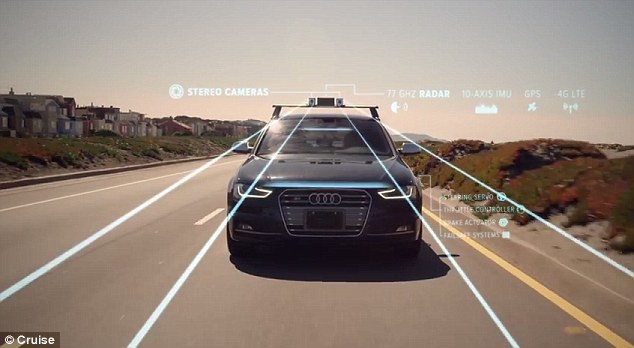 Cruise Automation had raised over $18 million in venture capital funding, most recently at a post-money valuation of around $90 million. Investors include Spark Capital, Maven Ventures, Founder Collective, and Y Combinator.

The three-year old company is best known for having created an aftermarket “kit” that allows buyers to convert certain types of cars―namely Audi A4 and S4 models―into autonomous vehicles for highway driving. It But GM appears to be more interested in integrating Cruise’s technology into its original manufacturing process.

I was watching Justin Kan’s Snapchat story and he was saying that Cruise’s founder, previous Justin.TV/SocialCam/Twitch co-founder Kyle Vogt, went from basically nothing to a working prototype in about 3.5 months with very little experience in autonomous vehicles prior to starting the company.

And today, three years after the company’s founding, they were acquired by General Motors for a rumored “north of $1 billion” to help with their move in the self-driving space. I’m sure there’s a lot more to the story, but it doesn’t take away from the will and determination to make something incredibly complex a reality in a short amount of time. And that determination paid off in a big way, ushering in a new future for a company that’s more than 100 years old.

If that’s not impressive and inspiring, I’m not sure what is.

Sam Altman, president of YC, wrote in a blog post regarding Cruise’s acquisition:

There has never been a better time to take a long-term view and use technology to solve major problems, and we’ve never needed the solutions more than we do right now.

Amidst all the news of doom and gloom in the tech space, Cruise’s story provides excitement, enthusiasm, and hope for those who are willing to work hard towards a better future. At the end of the day, it belongs to those who hustle.

Conflict only fuels your creativity.

Scott Belsky, founder and former CEO of Behance (acquired by Adobe), now a general partner at Benchmark Capital wrote a piece titled “Creativity is Nourished by Conflict” that really spoke to me. Maybe that’s because I’m going through a... Continue →